Skip to content
Home » Prepare University Application » What is a GPA and How to Convert Your GPA to a 4.0 Scale
Table Of Contents

What is a GPA?

The Grade Point Average (GPA) is a grading system used to measure the academic performance of a student. GPA use a number to represent the average result of all grades achieved throughout a stated period of time.

How GPA is calculated?

There are two common ways to calculation GPA.

The calculation of cumulative GPAs vary from institution to institution. The most common computation is as follows:

What is GPA scale?

GPA scale is the calculation method which use to assign the point value to the grades. There are two types of GPA scales:

Most GPAs are unweighted GPA, and they are measured on a scales of 0.1 to 4.0. The unweighted GPA will not consider the difficulty of the classes in the calculations.

Weighted GPAs better represent a student’s academic accomplishments by taking considering the course load. It usually on a 4.0 + scales. This can vary from school to school, some school uses 4.5 scales, and some use 5.0 scales.

As weighted GPA taking into account the class difficulty, the classes in different academic levels can change your GPA.

How to Convert Your GPA to a 4.0 Scale

The 4.0 scale grading system is the most common way to calculate GPA scores. This GPA score is an unweighted GPA as it treats all the classes equally regardless of classes difficulty.

To convert your letter grade or percentage grade to a 4.0 scale GPA,  follow the chart below:

GPA is the most critical aspect that shows a student’s academic performance. Although GPA is not the only factor that universities consider, but universities will use a specific GPA score as the initial selection cutoffs.

The medical program admission process is very competitive. Admission offices are looking for evidence of whether a student has the capability of handing the heave academic workload in medical school.

According to the U.S. News & World Report, the national average median GPA for getting admission in medical school was 3.72 in 2018-2019. The student will need about 3.8 or above GPA to enter the top medical program.

Apart from the overall GPA, the academic performance of science and math subjects will also be considered during the admission selection.

To secure a seat in a Law school is not easy than getting admission to a medical school.

A 3.5 and above GPA will give you a significantly higher chance to get admission than the average of all applicants.

What does GPA stand for?

What is a good GPA?

To determine whether a GPA score is good or average GPA, it is critical to know your GPA is weighted or unweight GPA.

A 3.5 and above GPA are considered a good GPA for the 4.0 scale unweighted GPA. That means the student who has this GPA has a grade “A-“ or “A” average on academic performance.

What is good GPA in college?

College GPA is commonly calculated on a 4.0 scale. The average college GPA is about 3.15, which is equivalent to a grad “B” average.

A 3.5 GPA is used as a general benchmark when defining a good college GPA.

What is a GPA and How to Convert Your GPA to a 4.0 Scale
What is Kinesiology and Where to Study in UK and Australia?
Scholarship opportunities for students while studying in the UK
Covid-19: Student Visa Updates for New students 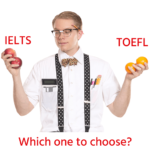